My areas of confusion notwithstanding, I still found Kuyper in this book to be lucid, winsome, engaging, interesting, and thoughtful.

The second, principled pluralism; the third, the separation of church and state; and the fourth, the distinction between the church as institute and as organism.

Micah Watson Review of "Abraham Kuyper, Conservatism, and Church and State" by Mark J. Larson Journal of Markets and Morality 19(1)
at 4:02 pm 4 comments: Links to this post

Wipf and Stock have recently published a new book by Keith Sewell, The Crisis of  Evangelical Christianity: Roots, Consequences, and Resolutions. Full details of the book are available here.
I recently caught up with Keith to discuss his important book.

This book is part of a new series on Studies in Theology and the Arts (STA). The book, written by an artist (Anderson - professor of art at Biola University) and a theologian (Dyrness - professor of theology and culture at Fuller Seminary), responds to Rookmaaker’s Modern Art and the Death of a Culture (MA&DoC).

MA&DoC was a ground-breaking book written over 45 years ago. It was even one of Malcolm Muggeridge’s Books of the Year in 1970. It is testimony to its legacy and impact that it is in print and is still written about today. Rookmaaker drawing off Dooyeweerd’s Christian philosophical framework analyses art and culture. Art for Rookmaaker needed no justification. By that he meant that art (and music) was a good cultural activity for Christians to be involved in. Art wasn’t only useful as an apologetic or evangelistic tool: the aesthetic is an important part of creation.

However, Rookmaaker had a largely negative view of modern art. This book has a much more positive view - hence the change from death to life in the title. MA&DoC was a polemical work, modern art represented a decline; this book is much more eirenic. As they put it:

‘In what follows we intend to pay tribute to Rookmaaker’s pioneering study and to the generative thinking it fostered for many Christians, yet at the same time we will critique and supplant the central theses of that book’ (p.10)

Anderson and Dyrness see modern art as a ‘theologically meaningful project’ and look at the various religious beliefs underpinning several key modern artists. They hope to ‘decipher’ the way that

‘“spiritual values,” even theological values, are already in play and at stake throughout modern art, even (perhaps especially) in artworks that do not set out to convey any such thing’ (p.40).

They maintain that the crises and labours of modern art were essentially ‘theological crises and labours’. The book is split into two main parts. Part I takes an appreciative but critical look at Rookmaaker’s approach. Part II takes a geographical journey from Europe to North America and examines several key artists. They begin in France and Britain (Chapter 3) and look at, for example, Gustave Courbet, Paul Gaugin, Van Gough and Georges Rouault; the British artists examined include the Eric Gill and Graham Sutherland. What is noticeable in this chapter is the influence of Roman Catholicism. Whereas, in Germany and Holland (the focus of Chapter 4)  the influence of Protestantism is more marked. Here they examine the works of Caspar David Freidrich and see the influence of German Pietism on his work.

Their analysis of Fredrich’s Monk by the Sea and The Abbey in the Oakland is particularly interesting. 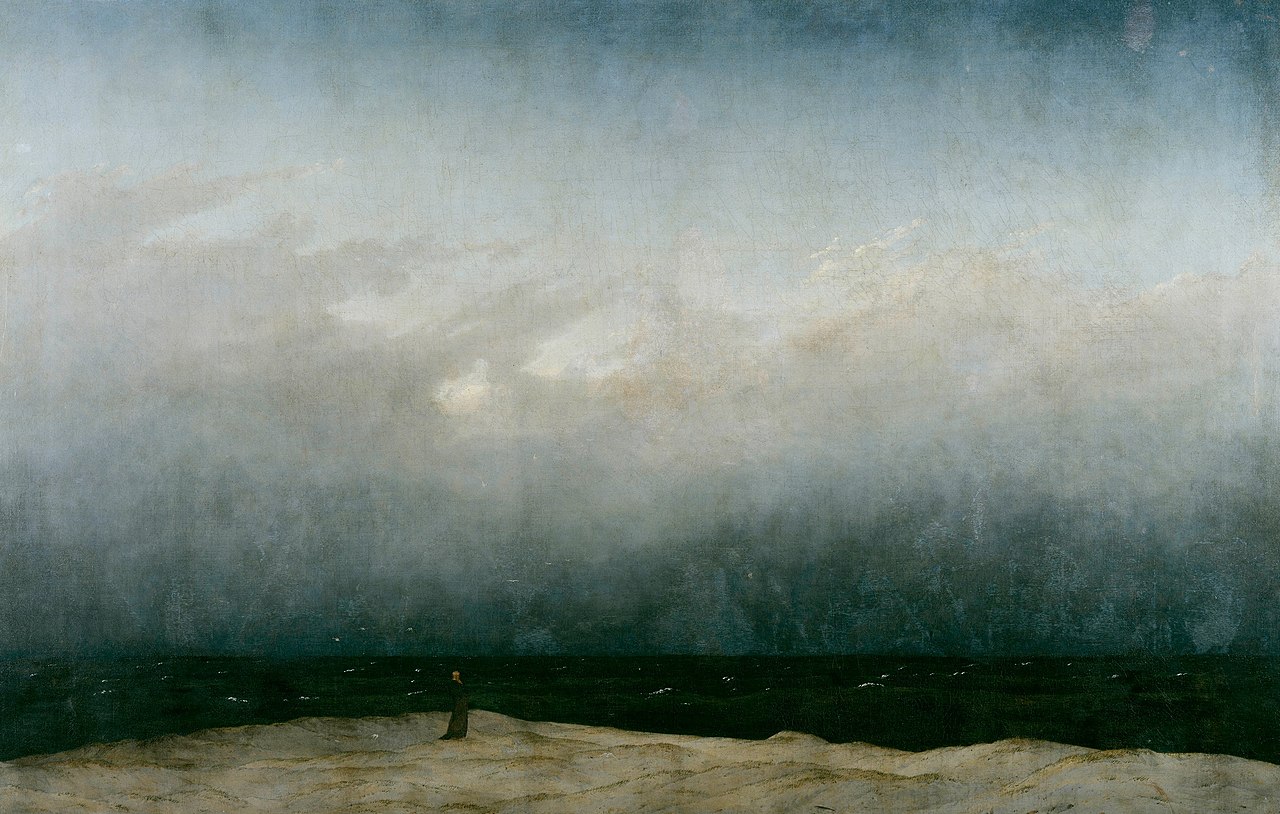 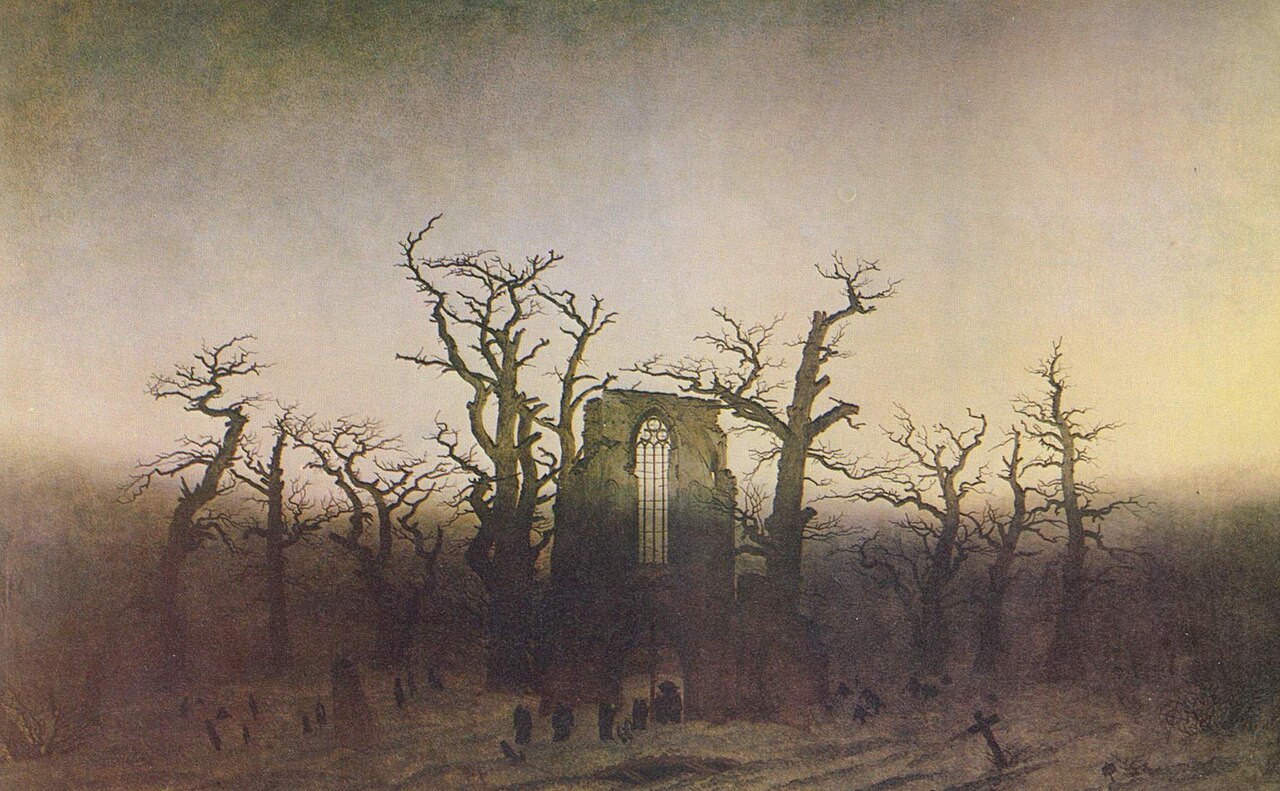 ‘This decrepit manmade structure [The Abbey] was built to celebrate the glory (fullness) of God, but it is now a wreckage, undone by the centuries-long inertia of social transformation and natural entropy.  The “soft  wind” that Friedrich had in mind erases both footprints and cathedrals alike. And in Abbey the two are in fact drawn together: the ruined body of the man being carried through the doorway is directly analogized with the broken body of the cathedral; both are images of God that are  finally unable to generate their own lives or to contain that Life to which they refer. Both human life and human theology are thus faltering pointers toward realities beneath or beyond what is speakable and thinkable. … Whereas Monk pushes the religious seeker to the brink of the abyss, Abbey pushes him to the brink of death; and, in both, religious structures and rituals are found outstripped by the unspeakable Beyond to which they point’ (p.152-153).

They also revisit van Gogh in this chapter, tracing the influences in his work of northern romantic Protestantism.  Piet Mondrian, raised in a Dutch Calvinist home, was later influenced by Rudolf Steiner, also comes under scrutiny in this chapter. They note that Mondrian wouldn’t recognise his work in Rookmaaker’s assessment. They assert that: ‘Mondrian’s theory of art could have found its grounding entirely in Kuyper’s neo-Calvinism'. This is an interesting and intriguing assertion - but I think it needs a little more justification than Anderson and Dyrness produce here.

They then move on to look at Kandinsky. Next, in Chapter 5, they look at the developments in Russia and in the, alleged, nihilism of Dada. This chapter looks at the work of Natalia Goncharova, Kazimir Malevich and Hugo Ball. Ball one of the forerunners of the Dada movement was born into a devout Catholic family. In his later years he reconverted to Catholicism. Anderson and Dryness pose an important question: 'How should we understand Hugo Ball’s Dadaism in relation to his Christianity?’ (228).  The authors here show how these artists were  rooted in Christian traditions.

The next two chapters move from Europe to look at North America. They explore the artists Thomas Cole and Fredric Edwin Church and the Museum of Modern Art (MoMA). Alfred H. Barr Jr, a practising Presbyterian, was the key figure behind MoMA. We are then moved onto a discussion of John Cage’s work. Particularly helpful is the discussion of Cage’s (im)famous 4’33” and the relationship between noise and music. Cage was originally a devout Christian, but the churches he attended were ‘were anemic institutions preoccupied with otherworldly sentimentalities’ (p.197). The authors thus see Cage’s work as ‘oriented toward the practical recovery of a more thoroughgoing creational theology’ — a far cry from the view of Cage espoused by Francis Schaeffer! Another artist that comes under close scrutiny is Andy Warhol. Again the authors reveal Christian perspectives that come through in Warhol’s work.

What Anderson and Dyrness have done in this volume is to highlight the deep religiously held views of many of the exponents of modern art. The book provides an excellent compliment, and corrective, to the pioneering work of Rookmaaker. They have shown that modern art is theologically significant and modern art cannot be written off as symptomatic of nihilism and secularism.

Part I: Critical Contexts
1. Introduction: Religion and the Discourse of Modernism
2. H. R. Rookmaaker, Modern Art and the Death of a Culture

The book of the decade?

This long-awaited book from Keith Sewell is now out. It promises to be the book of the year, if not decade:

Cory Willson's PhD has now been published online:
Shaping the Lenses on Everyday Work: A Neo-Calvinist Understanding of the Poetics of Work and Vocational Discipleship


In order to take the theology of work conversation forward, “Shaping the Lenses on Everyday Work: A Neo-Calvinist Understanding of the Poetics of Work and Vocational Discipleship” uses an interdisciplinary methodology that incorporates methods from qualitative research to explore the lived realities of contemporary Christians in their work and church contexts. The first third of the dissertation provides an historical analysis of the early theologies of work written by Pope Leo XIII and Herman Bavinck as well as critical reflection on the leading contemporary theologies of work. These historical and literary analyses outline the necessary methodological and theological issues that must be addressed in a theology of work for the Twenty-First Century. The guiding theological framework of human work is a biblical theology of the missio Dei, the mission of God. This theological framework used to interpret the ethnographic research conducted in three congregations. A concluding chapter draws several conclusions for constructing a theology of work for congregations as well as suggestions for how to cultivate a theological imagination for everyday work in Christians.

Chapter 1: Exploring Work Anew
Chapter 2: Historical Background: Herman Bavinck’s Engagement with the “Social Question”
Chapter 3: Overview of Contemporary Theologies of Work
Chapter 4: A Biblical and Theological Grounding of the Manifold Mission of the Triune God
Chapter 5: An Interdisciplinary Methodology for Cultural Hermeneutics
Chapter 6: A Theology of Work from the Road: Congregational Approaches to Vocational Discipleship
Chapter 7: A Theology and Spirituality of Work Fit for Our Times


What does it mean for Christians to place themselves in the Biblical story as they engage civic justice?  Providence Christian College 2016 Academic Conference.

Other talks by Skillen are available here.
at 6:00 am No comments: Links to this post 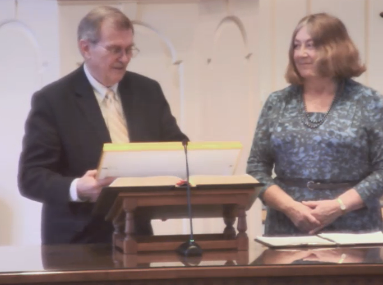