Review of Meadors (ed) Where Wisdom may be Found 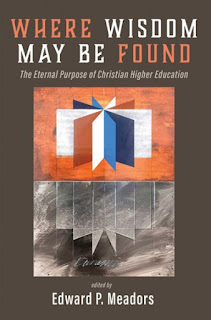 As the title suggest the main underlying theme of this book is Wisdom. As Meadors explains in his introduction:

The thesis of this volume is simple: the purpose of education is to cultivate eternal wisdom.

Wisdom is the goal of education.

In the remainder of the book, the other 26 contributors explicate this theme in and through their different subjects. The subjects include not only traditional academic subjects such as biblical exegesis, theology, philosophy, politics, literature, history, mathematics, engineering, geology but also sustainability, health, theatre, athletics and kinesiology.
The strength of the book is the underlying theme of wisdom which provides a coherence, the range of subjects covered and their brevity. The weakness is the brevity of the chapters. I was left wanting more after reading each chapter. There was a brief bibliography after each of the chapters, but a briefly annotated list of books/ articles would have added benefit.
The chapter by Vanhoozer on theology for me was slightly problematic. He seems to be elevating theology to more than an academic discipline. For Vanhoozer theology ‘is the study of God’ (43) and ‘the index of each discipline’s incompleteness’ (47). Vanhoozer, it seems, laments the loss of theology as the queen of the sciences.
Spiegel provides a fascinating discussion of Socratic philosophy but does not deal with the role of philosophy in the academy or its relationship with other academic disciplines sadly.
Many of the chapters begin with brief biographical reflections on how the authors came to understand their calling to the different spheres. These provide helpful insights.
For me, the chapters by Sikkema and Schuurman in physics and engineering, respectively, were the two stand-out chapters. This may be because of the subjects and that they were writing out of a Dooyeweerdian perspective.
If nothing else this book reveals the concern of the creator God for all areas and aspects of his creation. It provides an excellent starting point for someone looking for a Christian approach to a variety of disciplines.

What is Calvinistic chemistry? Kuyper responds

Kuper was asked what he understood by Calvinistic chemistry when he was in parliament in March 1904. This was his reply

The honorable member has asked me what I understand by Calvinistic chemistry. The question, put that way, makes me suspect that he has a different conception of science from me. Science is an organic whole and controlled in all its parts—in some perhaps more strongly than in others—by the specific life-principle that it presupposes. I will not weary the Chamber with a broad exposition of how every branch of science is ultimately controlled by Calvinist, Catholic, Lutheran, or rationalist principles. On Education, 2019, p. 301. 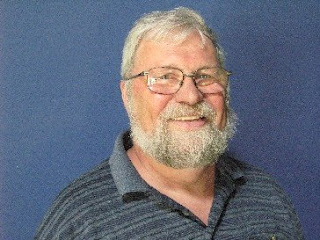 Harry van Belle has recently published Coram Deo (for details see here).
I caught up with him to find out more about the book.


It was in 2014 that I last interviewed you, what’s been happening since then?

A few years ago, as I was approaching 80, I was faced with two questions: After all this time, what do I really believe? and Is there anything worthwhile that I can leave to the world as a legacy after I am gone?  These two questions are not easily answered. So many of us today seem to live anxious lives without hope or a vision for the future.  This is especially true for young people.  It tears at my heart that at the beginning of adulthood, when their lives should be full of promise for the future, so many young people live lives of despair and desperation, to the point of contemplating suicide.  Something very basic appears to be missing from their lives when they see no reason for living.

In response to this situation I decided to spend the time I have left writing a book about the notion of coram deo.  This notion was the battle cry of the 16th. Century Reformers like Luther and Calvin.  It expressed their conviction that human life is (to be) lived before the face of God, or in the presence of God, and that to acknowledge this fact makes human life meaningful and worth living.  I felt that revisiting this notion today was timely since we live in a secular age in which for most people God is irrelevant.  More than anything, what characterizes our lives today is the absence of God.

Your book Coram Deo, living life in the presence of God has just been published.  What are the key arguments in the book? 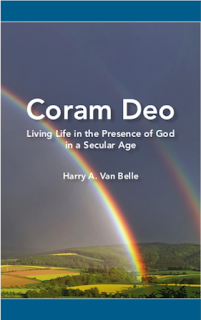 The pervasive absence of God in the Western world today is no accident.  During the last five hundred years we, in the developed West have deliberately and systematically exorcised God from our public and private lives.  In this we are unlike the people of any age before us.  From time immemorial our relationship to the Divine has been at the centre of human existence. Worshipping the gods structured the way human beings lived.

But some 500 years ago the cultural movement of Humanism took hold of the Western world and began to promote and to practise the mistaken notion that individual human beings have within themselves the power to make the infallible decisions, provided they are free from any outside influence or direction, especially from the dictates of religion and God. It came to be known as the doctrine of human autonomy, i.e. the view that human beings are (to be) a law unto themselves.  It set into motion a process of emancipation or democratization that continues to this day.  The end product of this historical process is the secular culture in which we presently live and move and have our being.

However, something essential disappeared from human life when we collectively decided to live life without God.  Secularism represents a loss of religious support and direction for human life.  Human beings are incurably religious.  They live their lives for Someone or something other than themselves.  Without God to worship, human life in the Western world easily became a perpetual restless search to serve and to worship something or someone, anything other than God, without the chance of ever laying themselves to rest anywhere.

This is what we experience today.  Today, our view of the world and of the future is fragmented.  We are at a loss how to deal with the many urgent problems we face, such as climate change, the opioid crisis and mass migration. There is a paralysis of decision-making among the leaders of the world.  What is lacking is a common, overarching, liberating vision that binds people together.  Each of us seems doomed to “doing what is good in our own eyes” (Judges 21: 25).  While we know more about human life than ever before, we no longer seem to know what human life is all about.

Perhaps the time has come to acknowledge that without God we are not masters of our own fate, that in living our lives we are addressed by Someone greater than ourselves, a God who challenges us to live life in ways He has revealed, ways informed by Coram Deo.  What human life from that perspective looks like is the focus of my book.

The bottom line of this perspective is the reality that the world in which we live is a gift and a given from God. He made it.*  He owns it. He structures it. He looks after it. He allows us to live in it and He expects us to help Him make it a more humane place.  The God of Coram Deo is not a hidden God like the god of the pagans.  Nor is He the absent god of the secular age.  This God reveals Himself and His love for the world and the creatures in it. He communes with human beings and shows them ways to make the world a better place.
* For stylistic ease in the use of pronouns about God, I bow to the traditional convention of referring to God as male.  But I in no way mean to decide anything thereby about God’s gender.

Who is Coram Deo aimed at and why should they read it?

First off, I wrote Coram Deo to answer the question of what I really believe.  So any one who like me struggles with this question should read the book.  I think my book would be especially helpful to young people, Christians among them, who cannot avoid the question about the meaning of life because they need to answer it in order to enter the adult phase of their existence.

You mentioned that Mekkes' work has been influential on you. For those that are not aware of him could you explain who he is and why he is important to you?

Dr. Johan Mekkes (1898-1987) was professor of Calvinistic philosophy at the University of Leiden and a second-generation follower of the Dutch Christian philosopher Herman Dooyeweerd.  He wrote a number of books that are difficult to read, but very worthwhile to study.  Two of his books, Creation, Revelation and Philosophy (2010), and Time and Philosophy (2012) were translated into English by Chris Van Haeften and published by Dordt College Press.  A very clear and insightful introduction to Mekkes is by Sander Griffioen, Thinking Along With Mekkes, Philosophia Reformata, 82 (1) 26-42, 2018.

Mekkes influenced quite a number of philosophy students who are now leaders in their own right.  Among them: Johan Vander Hoeven, Bob Goudswaard,  Egbert Schuurman,  Gerrit Glas and Sander Griffioen. Mekkes was able to penetrate down to the essential relation and difference between  Christian and Humanistic philosophy, something I also attempt to do in my Coram Deo.
In particular, I value his insight that the difference is one of listening before thinking vs. thinking before listening, of bowing to revelation vs. creating revelation, of (not) accepting that culture occurs in creation, even though both creation and culture are ongoing.
The other insight I found most valuable was his notion of Sub Contrario, which I have "translated" as the notwithstanding clause of God's grace.  It deals with the question of what used to be called Common Grace.  To me it explains why unbelievers are not as bad as they could be, and why believers are not as good as they should be.
What do you like to do for fun?

I play with my grandchildren, watch good movies and plays, visit with friends, I paint, I nap and I walk occasionally.

If you were stuck on a desert island and were only allowed two luxury items, what would you take?

I would take pickled herring, croquets, a Heinekens and of course my Coram Deo.  (I am a Canadian, but I still have one leg in Holland).

For more of Harry's work see his page on all of life redeemed:
https://www.allofliferedeemed.co.uk/vanbelle.htm

Business and the Kingdom: The Big Picture