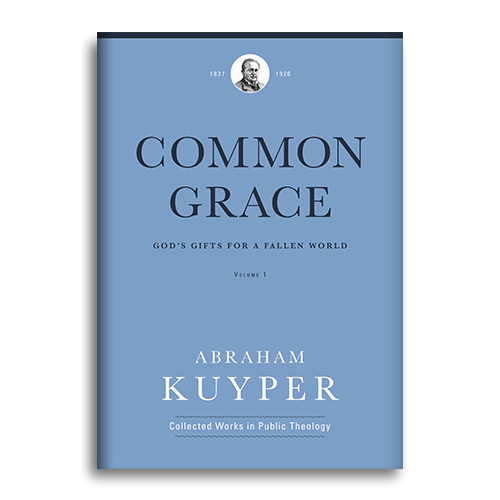 Kuyper has been described as the ‘Theologian of Common Grace’ - this book provides good evidence to back up that claim. At the outset, Kuyper claims: ‘The Reformed paradigm has suffered no damage greater than its deficient development of the doctrine of common grace’ (xxxv). However, common grace is a controversial subject and is often viewed with suspicion if not loathing by those who do not embrace it. It has even split a denomination - in 1924, the Protestant Reformed Churches (PRC) rejected Kuyper's common grace and so split from the Christian Reformed Church in North America. As Kuyper puts it: ‘we find three emanations of God’s grace: a grace that applies to you personally, then a grace that you have in common with all God’s saints in the covenant, but also thirdly, a grace of God that you as a human being have in common with all people’ (4). It is the latter that Kuyper calls ‘common grace’.

There are hints of common grace in Calvin, and Kuyper sees himself writing in Calvin’s line. This book is a very welcome addition to the ever-increasing collection of works being translated into English. We are promised the further two more volumes on Common Grace as well as Pro Rege. This volume is translated by Nelson Kloosterman and Ed M. van der Maas on behalf of the Abraham Kuyper Translation Project and the Acton Institute. The foreword is written by the editors, Jordan Ballor and Stephen Graybill.

The book is well laid out, the text is very clear and section numbers are placed in the margins. There is a 7-page bibliography, a17-page subject/ author index and a 6-page scripture index.
The original book began life in 1895 when Kuyper began a series of newspaper articles on common grace. They were completed in 1901 and were then published in book form as De gemeene gratie in 1902.13, 1903.13 and 1905.08 (the numbered dates are those given in Kuipers’ 2011 Abraham Kuyper: Annotated Bibliography). This new translation has previously been published before by Christian Library Press, but has now been reissued as a hardback by Lexham Press – the people behind the popular Logos software.

The book is broken into 77 short chapters in over 600 pages - the length betrays their origin as newspaper articles. This is both an advantage and a disadvantage. It means the short chapters are easy to digest but as the articles were originally published weekly it does mean there is a lot of repetition.

This volume is subtitled ‘the historical section’ - this is slightly misleading as it deals with biblical history rather than the theological history of common grace. We start with Noah before going back to the beginning of Genesis. The majority of the book deals with the book of Genesis.

One surprising thing is that Kuyper begins his book not with creation but with the flood. Why start with the Noahic covenant? Kuyper places much emphasis on the inclusive nature of the Noahic covenant and that it was not a redemptive covenant. The flood change the state of the earth and the purpose of the covenant was to take into account these changes. This was because of God’s grace - a common grace as it applied to all.

After dealing with the Noahic covenant Kuyper then turns to Adam in Paradise. The main focus there is on the issue of original righteousness. This issue it seems is central to Kuyper’s argument. He regards the initial Genesis passages as being historical and that Adam creation was almost instantaneous.

‘The more closely we analyze the Paradise narrative, the more clearly we see that we must take everything literally as it stands written’ (232)

Throughout the book Kuyper is careful to distinguish between particular grace and common grace; but they have an almost symbiotic relationship— but one that is mutually beneficial:

Common grace stands in direct contrast to particular grace. Particular grace is personal and is geared to the personal; common grace by contrast always follows the rule that God “makes his sun rise on the evil and on the good, and sends rain on the just and on the unjust” [Matt. 5:45] (321)

… particular grace is treated too much in isolation while neglecting its foundation in “common grace” and its ultimate goal: the salvation of the world that was created, maintained, and never abandoned by God (377)


The sad consequence of this error is that particular grace floats in the air; the salvation of our soul is dissociated from our position and our life in the world; the flood-gates open for the in flux of Jewish particularism; and our Christian people are hindered from arriving at a thoroughly sound, truly Christian world- and lifeview that impassions their faith and steels their resilience (377)

He is also careful to point out the problems with what he terms “Jewish particularism’. He points out:

The fact that someone of non-Jewish descent could also be saved was a “mystery” to no one. Everyone knew this and everyone agreed (410).

the gospel states that God so loved not the Jews but the world that he gave the world his Son; Jesus’ name is not Son of the Jews but Son of Man; this is the great mystery, that salvation in Israel is prepared for the nations … (424)

For Kuyper common grace was not merely an important doctrine, but also for our worldview and our praxis:


The further we develop this doctrine of “common grace,” the more clearly we shall discover the far-reaching significance of this doctrine, not only for dogmatics, but also for our entire world- and lifeview, and for the praxis of life (420)

Common grace is not salvific:

God has let the wonder of common grace operate among all peoples and in all nations, even where this had no direct connection with the salvation of the elect (302).

And is not ecclesiastical:

Common grace has operated for ages in China and India without there being any church of Christ in those countries. We still enjoy the fruits that have come from common grace in Greece and Rome in the days when even the name of Christ’s church had never yet been mentioned (301-302)

For Kuyper common grace is ‘deduced directly from the sovereignty of God’ and is the ‘root and conviction for all Reformed people’ (xxxvii). Kuyper thinks that resuscitating the doctrine of common grace will help the believer ‘take hold of the plow’ rather than retreat from the world. Common grace provides the foundation for engagement with the world thus avoiding spiritual and ecclesiastical isolation and thereby helping believers exercise dominion (xiv). Let us hope that this will be the case. It is a much-needed message for many Christians who mistakenly tend to place the spiritual over the secular and grace above nature.

The series of volumes that are to appear are entitled Collected Works in Public Theology. Public theology is a term that causes concern to Kuyperians, as it suggests a priority of theology over other sciences; nevertheless, if ‘public theology’ is in search of a framework then Kuyper’s common grace provides a solid biblical foundation for Christian action within the world. These volumes will deserve to be widely read, inwardly digested and then, we can in Kuyper’s words, ‘take hold of the plow’.

Who: our guest speaker is Dr Peter Heslam (Director,Transforming Business)
What: A presentation followed by discussion about Christian Social Reformer Abraham Kuyper
When:  Monday 7th March (7pm-8:30pm)
Where: The Jubilee Lounge (at Jubilee Centre’s office – 59 St Andrew’s Street, CB2 3BZ)
This is the first in a new series of events from the Jubilee Centre designed to equip believers in and around Cambridge with the tools to pursue biblical social transformation by drawing on inspiration and wisdom from Christian change-makers throughout history.
Peter will deliver the keynote address which will focus on the life and work of Dutch theologian and politician Abraham Kuyper before we open up the floor to questions, discussion and broader issues of application.  Light refreshments will be served.
Space in the Lounge is limited so please do let them know if you would like to attend!
(RSVP – n.mahiaini@jubilee-centre.org)
at 4:29 pm No comments: Links to this post 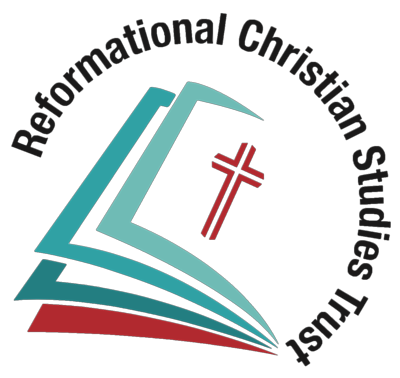 The Reformational Christian Studies Trust is a newly launched New Zealand organisation. The recently launched website has several sections - each well worth checking out:

Chaplin's Herman Dooyeweerd available as e-book and as a paperback

Jonathan Chaplin’s book Herman Dooyeweerd: Christian Philosopher of State and Civil Society (University of Notre Dame Press, 2011) will soon be  available in paperback and as an e-book.
at 9:10 pm No comments: Links to this post