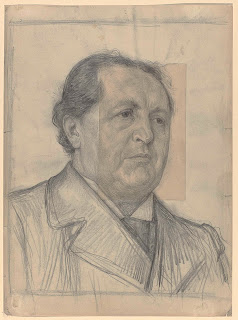 There have been a number of fascinating pieces on Kuyper recently. These include:

Henderson provides a fascinating analysis of Kuyper's attitude to art.


The Journal of Reformed Theology 11(1-2) has a series of articles looking at neo-Calvinism and race, edited by George Harinck. The papers were all delivered at the Kuyper Conference of the Abraham Kuyper Center for Public Theology at Princeton Theological Seminary in 2015. 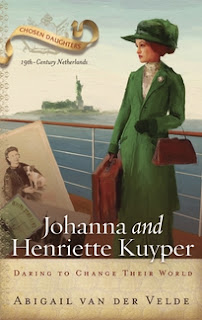 The book is a mixture of fact and imagination. With more emphasis on the imagination; partly, because of the lack of sources available. 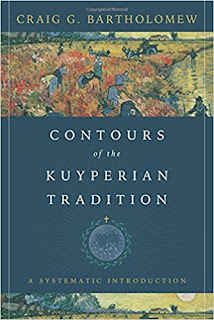 There has never been a better time for an anglophone to study Abraham Kuyper. We have the Kuyper Translation Society’s work published by Lexham Press, and now Bartholomew’s guide to all things Kuyperian. In this book, Bartholomew presents an excellent introduction to Kuyper’s ideas and his legacy.

Bartholomew is right when he suggests that Christians need ‘to develop an integrally biblical Christian worldview and to live creatively and thus plausibly from this perspective …’ (9). There is no better place to begin this development than by looking at the resources Kuyper has to offer, and no better place to begin to find out those Kuyperian resources than in this book.

In Chapter 1 Bartholomew presents a brief biography of Kuyper - and suggests that the notion of palingenesis — the new birth—is key to Kuyper’s work. In chapter 2 he looks at the crucial issue of creation and redemption. Too often evangelicals have emphasised redemption at the expense of creation — not so Kuyper. As Bartholomew notes: ‘For Kuyper, we should not make the mistake of thinking that God preserves his creation only in order to make possible the salvation of the elect’ (37). Salvation is not unconnected to creation and grace is not external to nature. Kuyper’s holistic view, as Bartholomew stresses, ‘stems not only from Christ’s work but also from [Christ’s] identity’ (41). This chapter also has an excellent summary of the way in which nature and grace have been expressed, with a justification of the way in which Kuyper and Bavinck see it, as grace restoring nature. Bartholomew supports the view that this is a biblical approach by examining both covenant and kingdom.

The issue of the scriptures, how we read and interpret them is often very divisive. Chapter 3 looks at the Kuyperian approach to Scripture. Kuyper was not a fundamentalist and he, like Bavinck, makes a distinction between Scripture and the Word of God — though they both hold to Scripture ‘as being God’s infallible word’ (96). Kuyper’s approach is  best described as belonging to the redemptive-historical school. Bartholomew closes this chapter with an important warning that we do not loosen ‘our hold on Scripture as God’s infallible Word’ (99).

Chapter 4 focuses on the important issue of worldview. This is an important Kuyperian concept appropriated and popularised by Kuyper in his Lectures on Calvinism. It is also probably the most misinterpreted aspect of Kuyper. There has been a tendency to intellectualise the concept and to equate it with philosophy. Bartholomew identifies five shadow sides to the notion of worldview: it intellectualises the gospel; it universalises the gospel; it relativises the gospel; it becomes disconnected from Scripture; and it can entrench middle-class values and lead to an unhealthy messianic activism (118-123). Even so, Bartholomew is right, it is a ‘rich and useful’ term.

Another broad theme that Kuyper developed and was central to his social and political philosophy was sphere sovereignty - this is the topic of Chapter 5. Sphere sovereignty was developed by Kuyper from hints of the idea in Groen van Prinsterer, F.J. Stahl and Althuis.  Although its formulation was unique to Kuyper. It was central to Kuyper’s view of the State, education and the church. It  was also central to the pillarisation (verzuiling) of society in the Netherlands. It was also misused by some to justify apartheid in South Africa - a point well dealt with in this book.

Another of Kuyper’s important insights was the distinction between the church as institute and as organism. This is examined in the next chapter. Here Bartholomew is right to stress the importance of the church in Kuyper’s thought: ‘From his conversion to the end of his life the church remained an issue of major concern for Kuyper’ (162). Kuyper’s concept of the church was in part formed from his reading of Charlotte Yonge’s Heir of Redclyffe. Yonge was influenced by the Tractarian Movement in the UK and in particular Cardinal Newman. It was their high view of the church and the role of the church as mother that Kuyper appreciated. Even though Kuyper, as Bartholomew carefully points out, as he traces the changes in Kuyper’s ecclesiology, later adopted a more congregational view of the church (188).

Bartholomew disagrees with Kuyper — as most contemporary Kuyperians do — regarding Kuyper’s view of government as being a post-fall institution (192). Nevertheless, Kuyper did develop a Christian perspective on politics and government as Bartholomew shows in chapter 7. This is perhaps not unsurprising as Kuyper as well as being theologian he was a politician (he was the Dutch prime minister for a short period) and founded the first modern political party in the Netherlands (the ARP) and did so with Christian principles. He also fought for a new electoral system within the Netherlands. Bartholomew closes this chapter on a sad note: ‘ … when it comes to Kuyper’s thought on the social issues of his day, one cannot help but fear that Kuyperians have failed to hear his call’ (212).

Chapter 8 moves on to look at mission. This chapter mainly focuses on the work of J.H. Bavinck — Herman Bavinck’s nephew.

Chapter 9 looks at two philosophical schools that developed largely out of Kuyperianism. Dooyeweerd and Vollenhoven’s reformational philosophy and the more popular, but less insightful, approach of reformed epistemology.

Theology is the subject of chapter 10. Kuyper was a theologian but this aspect of his work has been largely neglected. Bartholomew discusses some reason for this - the liberalisation of the Free University (VU), the conflict at the VU between theologians and philosophers, on-going church conflicts and then the impact of two world wars. He thinks now is the time to ‘retrieve, renew, and develop the Kuyperian theological tradition for today’ (271). I whole-heartedly agree! This chapter represents a good first step towards that aim.

Education is under review next (Chapter 11) — education, like the church, theology, politics, mission was close to Kuyper’s heart. As elucidated here, for Kuyper, education, church and the home were intertwined. Nature and education are inseparable, as parents hold primary responsibility for the education of their children.  Teachers must make their own decisions about pedagogy — the role of the state is not to dictate how teachers should teach. Hence, the need for Christian schools.

The final chapter concludes the book with a look at ‘The need for a spiritual formation’. This has often been a weak spot in the Kuyperian approach - although not in Kuyper.

Bartholomew concludes: ‘The Kuyperian tradition has the resources to produce culturally savvy Christians today’ (323). He is right - and this book is a great place to begin to understand and then go on to appropriate those resources.


Subject Index
at 12:08 pm No comments: Links to this post