Searching the Soul by Willem J. Ouweneel - a review 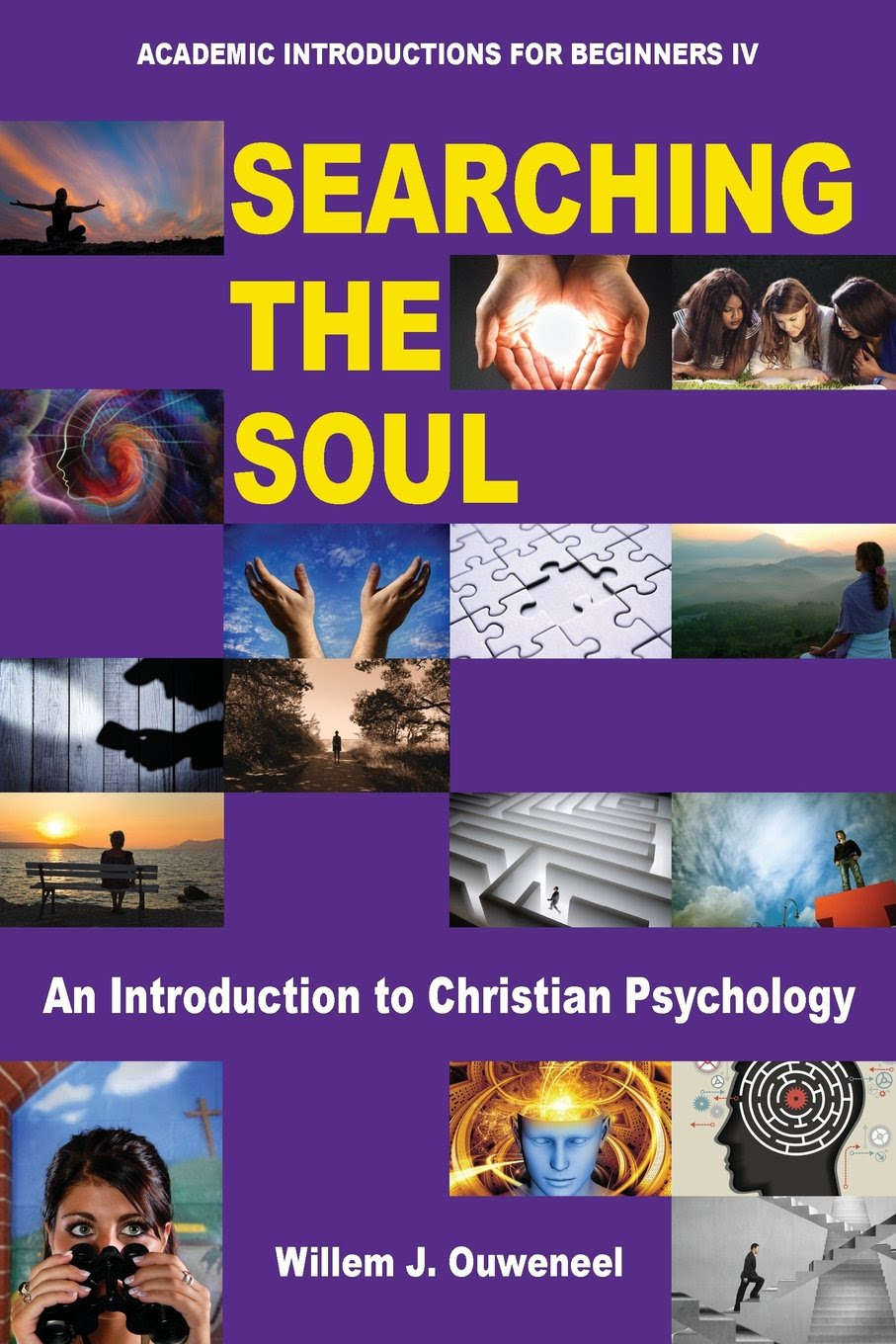 What is Christian psychology? Willem Ouweneel answers this question, in the fourth volume of his Academic Introductions Series, by first looking at what it’s not. It’s not a neutral science and it’s not a biblical psychology. In respect to the latter he reminds us that the Bible is true, but not all truth is in the Bible. Christian psychology is based on a Christian worldview which is ‘rooted in the Bible’ (p10). He is scathing about attempts to integrate psychology and theology; all to often the integrationists, like biblicists, understand by ‘psychology’ the current secular psychological views (p 12); they often also confuse theology with the Bible. Theology is unable to provide a Christian worldview as a basis for psychology - the limited role of theology is dealt with further in his What Then Is Theology?

The book is an expansion of his earlier Heart and Soul (2009), which in turn was a translation of his Dutch work Hart en Ziel (1984).

His working definition is ‘psychology deals with what goes on inside a person as well as with his outward behaviour’. (p3) He develops the formula B = f(R,P,S) to show that behaviours cannot be reduced to one element or another but are a function of religious (R), personal (P) and situational factors (S).

The strength of the book is that it develops a Christian view of psychology within a Christian anthropology. So erroneous dualistic and tricotomistic (body/ soul/ spirit) views of humanity are rejected. (Unfortunately, he keeps using exclusive language.) His approach does not set Christian psychology against secular psychology, he discerns what is good in the former and seeks to transform it. He can do this as he is working from a Christian philosophical view of reality based largely on Dooyeweerd and Vollenhoven’s works.

Particularly interesting for me was the chapter on the development of psychology from its nineteenth century origins through structuralism, functionalism, depth psychology, reflexology, behaviourism, humanistic psychology, cognitive, Gestaltand existentialist psychologies.

It is in the context of psychology that Ouweneels’s splitting of Dooyeweerd’s psychical modal aspect into two: the perceptive and the sensitive that makes practical sense. He also makes good use of Vollenhoven’s distinction between structure and direction to critique the different psychological approaches on offer.

This books would be an excellent resource for those studying psychology at school or as undergraduates, but any Christian would find something of value in it, particularly if they are involved in any form of pastoral ministry. It is replete with good sound Christian wisdom.

Contents
1. Psychology and Christianity
2. Starting points for a christian psychology
3. The unity of man
4. Psychological knowledge
5. The development of psychology
6. The lower mental idionomies
7. The spiritive idionomy
8. The normal personality
9. The human heart
10. The abnormal personality
11. Causes of mental disorders
12. The Christian and psychotherapy. 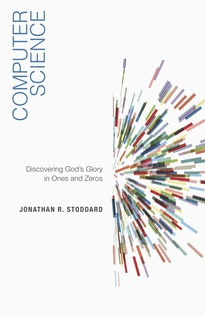 In this 24-page booklet Jonathan Stoddard, an associate pastor with computer science degree, attempts to understand how God is the Lord over computer science. He takes a Van Tilian approach:

He views computing as being possible because of God: God created the foundations for computing. It is not the accident of evolution but a reflection of ‘the God who has spoken in our world’ and he has ‘established the laws needed to make computer science possible’.

Stoddard explores several analogical relationships. The way a computer scientists writes his code and the computer executes that code is analogical to the way God creates by his word: ‘there is a relation between the act of God’s creative speech and the creative speech of the programmer’.

His approach, like Van Til’s (and Poythress, who wrote the preface), gets rather close at times to a Christian theo-ontological view, where the attributes of God provide the basis for the sciences. This perhaps comes to the fore when he writes ‘When we program computers, we are still thinking God’s thoughts after him’.

This booklet, then is something of a curate’s egg. It is great to see a work - albeit brief - exploring what the lordship of Christ over computing might look like, but is marred by his reliance on Van Til’s analogical thinking. There is no discussion of how worldviews impact on computing or on how computer science can be viewed through the  Christian approach of creation, fall and redemption. But then a booklet of more than 24 pages would be required to do justice to that. Stoddard is right that God is the foundation for computer science, but I would disagree that that foundation is to be found in an analogical relationship.

Mark Roques in his own inimitable, iconoclastic style does his stuff on parables and communicating the gospel at Leeds City Church:

Power in Service by Willem Ouweneel - a review 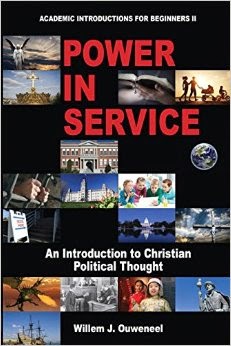 What is the Kingdom of God? This question opens the book by Ouweneel, the second volume in the Academic Introductions for Beginners series. This is an apposite question. Ouweneel develops the idea that politics cannot be separated from the kingdom of God. Likewise politics is also rooted in creation and grounded in creational ordinances - despite what Augustine thinks.

Drawing on a reformational approach Ouweneel ably shows, in this brief but brilliant book, that politics is an important area for Christian involvement. Humans are political agents, but since the fall all of life has been tainted with sin and that includes politics. But we can look forward to a fully redeemed politics when Christ returns.

Ouweneel utilises the kuyperian concept of sphere sovereignty to examine the relationship between the church and the state. Employing Dooyewerd’s analysis of institutions he sees the State as a juridicial institution that maintains public legal order. He stresses the importance of the separation of church and state but rightly affirms that this does not mean a separation between religion and society, as all of life is religious - all the way down. The role of the state is limited, it cannot play the role of a moralist but neither is it neutral.
He makes excellent use of the Vollenhoven's distinction between structure and direction to show how the fall has changed the direction but not the structure of the human heart. Ouweneel sees structure and direction as two polarities, as horizontal and vertical.

He makes a very good point in noting that Christians often make the mistake of identifying the ‘world’ with ‘society’. Many Christians then avoid society thinking that in doing so they are avoiding the evil world. Hence, an avoidance of politics. Understanding the world as direction, and society as structure helps avoid such a non-biblical pietistic approach to society. Avoiding society taken to an extreme would be to withdraw into a monastery; but then that too is a society!

Also helpful is his discussion on being strangers and pilgrims. As he points out we cannot escape society and social institutions; no societal relationship is of itself evil, biblically there is no distinction between sacred and profane.

Several of the key themes are then covered in a case study in the final chapter on Christian schools and religious and moral education imposed by the state.


Contents
1. What is the kingdom of God?
2. Church and state apart
3. Offices and responsibilities
4. Theocracy
5. Strangers and pilgrims
6. The two kingdoms
7. Creation and re-creation
8. En route to the kingdom
9. The Christian school under attack

What is Reformational philosophy? 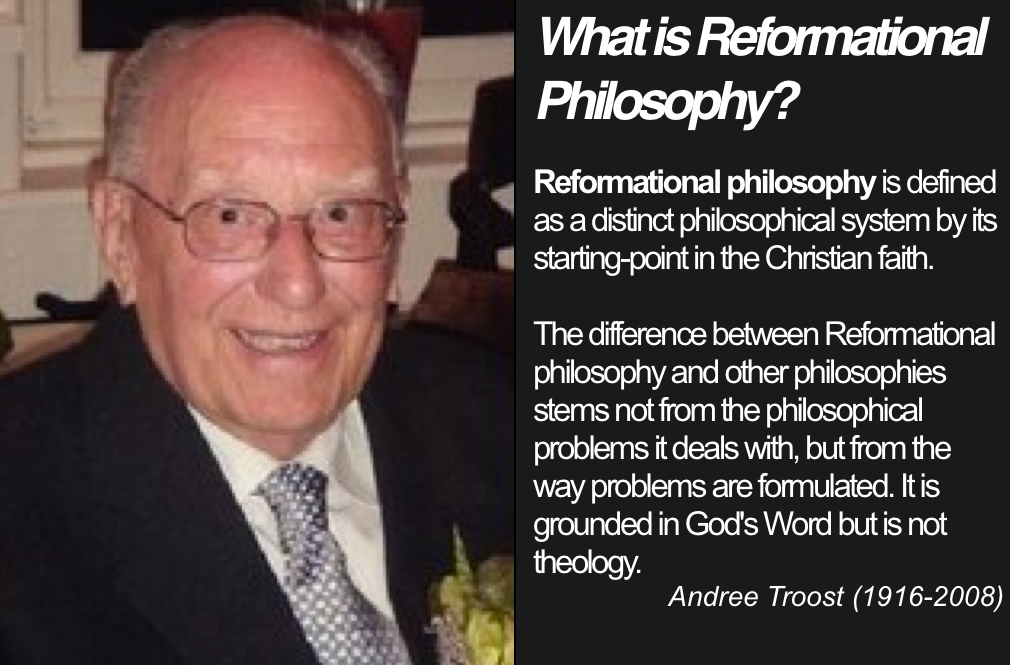