Peter Turkstra Library of Redeemer University College has details of books on Reformational philosophy. Check it out here. 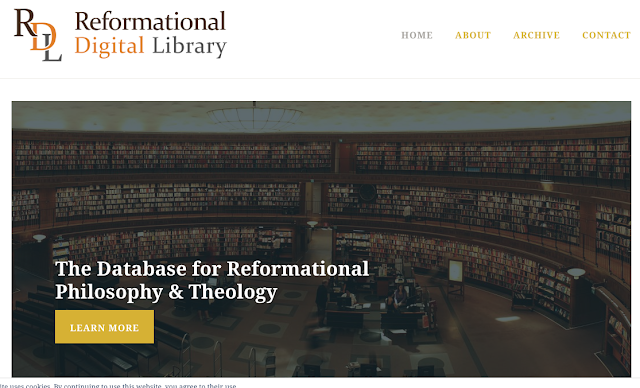 The about section has this rationale:

The Reformational Digital Library (RDL) is a resource-base rooted in the tradition of the reformational Christian philosophy developed by the Dutch polymath Herman Dooyeweerd. Specific attention is given towards literary works in which the systematic articulation and coherent advancement of this tradition is demonstrably evident.

It is the central mission of the RDL to publish the best works of Dooyeweerd’s colleagues, students, and followers in order to elaborate and advance these revolutionary insights through books, articles, special lectures and speeches. Our emphasis is placed on those works within this new Christian philosophy in which there is demonstrable evidence of a self-conscious employment of the systematic analysis articulated in the Philosophy of the Cosmonomic Idea. We have adopted the general rubric “The Philosophy of the Cosmonomic Idea” which, in the contemporary Anglo-American arena, specifically identifies the form of analysis taken by this new Christian philosophy, rather than the older expression “The Philosophy of the Law Idea,”that was a translation of the title of Dooyeweerd’s three volume publication of 1935-36, De Wijsbegeerte der Wetsidee. By limiting the scope of our initial endeavors (at least in principle) to the more important systematic works, we hope to considerably narrow the parameters of the nevertheless daunting task before us.
We believe that the Philosophy of The Cosmonomic Idea represents the first attempt in the history of the church to develop a systematically coherent, biblically-driven philosophy that is in fact self-consciously non-synthetic in nature. We are convinced that this Christian philosophy can provide a significant foundation for a coherent analysis of the entire diversity of the creation order.