The neo-Calvinism Research Institute has a newly launched webpage. It is well worth checking out and bookmarking 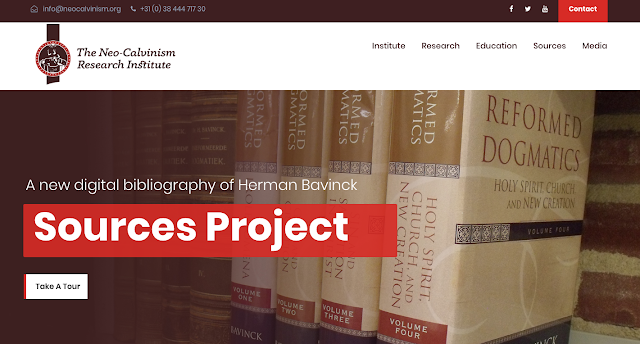 Email ThisBlogThis!Share to TwitterShare to FacebookShare to Pinterest
Labels: neocalvinism

Harinck looks at the Neo-Calvinism in international perspective.

1. In the past Christianity has largely been an 'export' from Europe. In the last century this has changed; Europe is no longer the centre. However, it has not been replaced by other centres; it has become poly-centric.

2. Neo-Calvinism has been previously studied under the history of ideas. However, ideas do not stand on their own, there is an economy of knowledge. Knowledge is not independent of context. Too long it has been thought of as a box of ideas, but now the stress is on interactivity.

3. Andrew Walls saw the spread of Christianity as a series of shifts marked by migration. Migration helps us to understand the transfer of neo-Calvinism to North America. There is a bilateral interaction - cross-pollination, where knowledge is less important than personal relationships. ideas are often the contexts.

Harinck poses the question why was neo-Calvinism more attractive to North America than say, Scotland or Switzerland?

The latest issue of Philosophia Reformata has been published.

in Philosophia Reformata
at 3:00 pm No comments: Links to this post