Review of The Mission of the Church 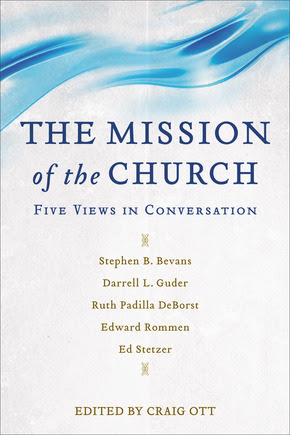 What do you get when a Catholic, an Eastern Orthodox, a female evangelical and two male evangelicals are asked to discuss the mission of the church? We’d expect sparks, disagreement and fiery arguments - but that’s certainly not what we do get here - there is a real sense of a listening dialogue and understanding. This book’s aim is to explore commonalities and differences. Perhaps there is hope for ecumenical dialogue!
The contributors are Stephen B. Bevans, a Roman Catholic, Darrell L. Guder a mainline Protestant, Ruth Padilla DeBorst a Latina evangelical, Edward Rommen an Orthodox and Ed Stetzer a North American evangelical. The Catholic view advanced here is that of prophetic dialogue, but its not really clear how this is different from other Christian views.
Missing from the discussion is the distinction between church as institute and as organism (but being a good Kuyperian I would say that!). Having said that, however, the Orthodox view seems to focus on the church as an institution with the focus on sacrament as mission, and Padilla DeBorst on the church as an organism with the different social actions taken by the church and her support of integral mission. Both are needed.
After each author has provided their perspective, they each get an opportunity to provide a response to each other. This adds to the value of the book. The introduction by Ott provides a clear overview and justification for the book.
All the authors endorse a trinitarian view of mission, the concept of missio dei, an awareness of the global nature of the church, a shift from mission to missions and a recognition of the place of the church in mission - even though the authors would all endorse the same ecclesiology.
The strength of the book is the range of agreement. The book lives up to its aim of a charitable dialogue. That in a way is also its weakness - I would have liked to have seen more on what is most distinctive about mission according to evangelicalism and the same for the other views. The stress here is on the similarities. And that is a good place to start. 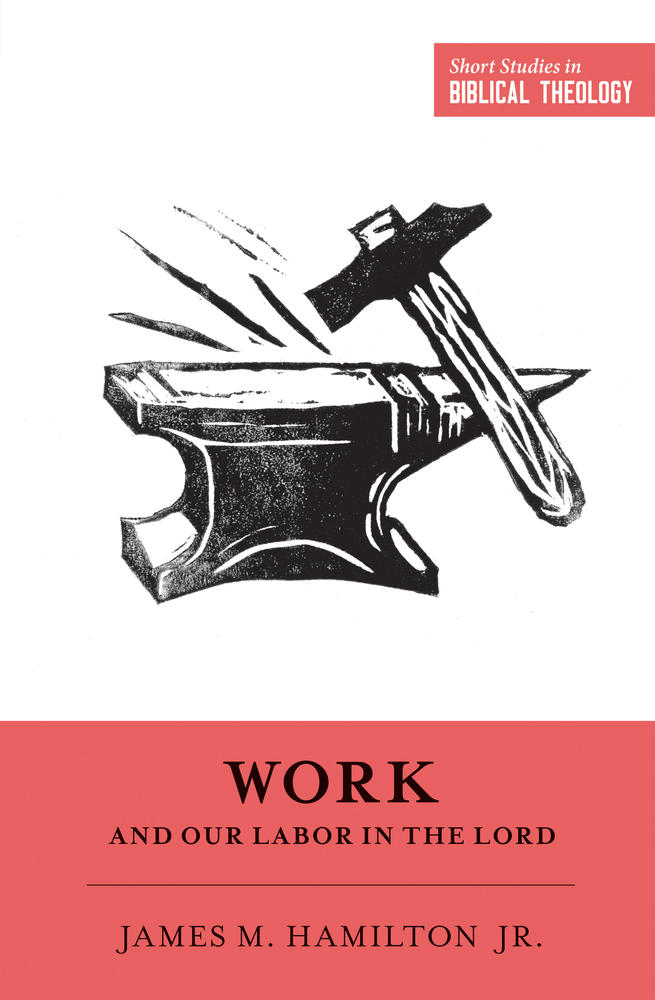 James Hamilton, a professor of biblical theology at The Souther Baptist Union, has produced in this book a brief biblical theology of work. The book is part of a new series from Crossway: Short Studies in Biblical Theology. The four chapters look at work from the perspective of creation, fall, redemption and restoration. In other words, he explores work ‘as it was meant to be, as it is, as it can be, and as it will be’.

I was surprised to see the use of inclusive language - but it soon becomes clear that this is deliberate. Hamilton approaches and interprets the scriptures through the lens of a complementarian position. Unfortunately, this position is assumed and not justified. This is a shame as it limits the usefulness of the book.

‘What does the woman’s role of helping entail? Perhaps it would be easier to say what helping does not entail, for helping would seem to involve everything but what the man is to do. God created the woman so that together they could be fruitful and multiply, and God created her to help the man lead, protect, and provide. The jobs were given to the man to do, and the woman was given to help him do them. These roles are established so that together the man and woman can accomplish the tasks set out in Genesis 1:28 and 2:15’ (p.25, man the garden italics).

Introduction
Chapter 1 Creation: Work in the Very Good Garden
God’s Design for Work
Work in the Garden Genesis 1–2
The Blessings of the Covenant Deuteronomy 28:1–14
Judgment on God-Given Tasks Genesis 3:16–19
Work Outside Eden

Chapter 3 Redemption: Work Now that Christ Has Risen
Introduction
Redeemed Work
Renewal of Mind: Work unto the Lord That Adorns the Gospel
Work in Christ

Chapter 4 Restoration: Work in the New Heavens and New Earth
What We Were Made To Do
The Building Materials
The House They Build
Conclusion


Bibliography
at 11:58 am No comments: Links to this post

Richard Mouw, former president of Fuller Theological seminary, has produced a number of great little books. Not least his introduction to Abraham Kuyper. This is another one. Sadly though, this is not a biography but a memoir. However, it does contain biographical information, though we learn some things about his upbringing and his parent these insights are tangential to the chapter topics. But what we do have is a commentary on his life and on several of the books he has written. This memoir is more thematic than chronological. Mouw is clear that it’s not can autobiography and it seems he has no plans (as yet) to write one; he is also clear that it is not a detailed report on his ‘intellectual pilgrimage’.

As always with Mouw’s books, this one is packed with perspicacity, perceptivity and propriety. It provides a wonderful insight into the mind of a great philosopher-theologian partitioner and academic. Mouw has spent much of his time in civil dialogue with other Christian traditions as well as non-Christian traditions. He makes an interesting distinction between inter- and intra-faith discussions. These intra and inter dialogues shows Mouw’s concern to find common ground.

Mouw straddles the gap between the academic and the public. He dislikes the concept of a public intellectual, but it is a fitting description of him. He also straddles the gap between evangelical and Calvinist - he describes refers to himself by both descriptions. His is certainly a life lived on common ground. This is perhaps shown in at one time his two favourite authors, Ralph Waldo Emerson and Cornelius Van Til. Two very different conversation partners. In the book he discusses common grace, the antithesis, the image of God and total depravity - and show how these have provided important theological tools for his engagement with others.

He traces his moves from his philosophical studies at Chicago to social-political studies at Calvin and his beginning discussions with Yoder and the Anabaptist movement. His developing cultural discipleship linked with civility is the broad topic of chapter 7 but these also characterise his life and attitudes. This is particularly seen in his discussions with Catholics, Anabaptists and Mormons.

All in all this book presents a portrait of Mouw as a man of wisdom, civility, commitment and a Kuyperian concern that the gospel shapes all of life. It is well worth reading.

Contents
1. Calvinists in an Edinburgh Pub
2. A Tale of Two Authors
3. A Many-Faceted "Imaging"
4. More Than "Calisthenics"
5. Lessons from the Philosophical "Moderns"
6. Commonalities in the Public Square
7. Preaching Civility
8. Depravity: Less Than "Total"?
9. Our "Direction-Setting"
10. Paying Attention to Context
11. Reformed and Evangelical
12. When Truth Is Distorted
13. On Being a "Public Intellectual"
14. Interfaith Engagements
15. Of Hymns and Dialogues
16. Concerns about the Journey
Index