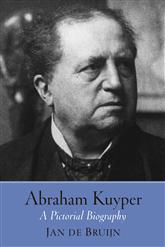 Another book on Kuyper has been announced, this time Abraham Kuyper: A Pictorial Biography (Grand Rapids, Eerdmans, 2013). It looks like a translation of Abraham Kuyper: Leven en Werk in Beeld. The former is replete with images of Kuyper and his family arranged in chronological order.

Details here.
at 11:13 pm No comments: Links to this post

Willem J. de Wit has done all Herman Bavinck scholars an excellent service. He has made available two bibliographies of Bavinck works:

Going Dutch in the Modern Age

John Halsey Wood's doctoral dissertation is soon (May 2013) to be published by Oxford University Press.
It is marketed as "One of the first books about the Dutch Protestant social activist and public theologian Abraham Kuyper". A touch of an overstatement me thinks!

Music for a Sunday morning - the other woman


Stay Tuned - The Other Woman from Elin Hörberg on Vimeo.
at 4:30 am No comments: Links to this post 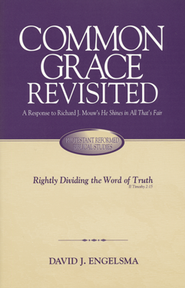 This book, as the subtitle shows, is a response to Mouw’s excellent little book He Shines in All That’s Fair. This book started as a series of editorials in The Standard Bearer, Mouw and Engelsma that debated the topic in September 2003 (see below). Despite their differences Mouw and Engelsma treat each other with respect and civility. There are no ad hominems here.

Engelsma focuses on Mouw’s approach, but does look at Kuyper and Bavinck who he sees as the originators rather than Calvin. Calvin he maintains is “not a main theme in the theology of John Calvin. It is not even a theme. It is barely mentioned” (p. 15).

Engelsma argues that common grace is not in Calvin, not in the scriptures and not in the Reformed creeds.

He identifies three reasons for the acceptance of common grace by Mouw:


The seemingly good deeds of justice, kindness and mercy of the non-Christian (Ch 5);

Mouw’s empathy for the ungodly (Ch 6); and

Engelsma also dislikes the term culture: “it is not a biblical term” (p. 53) (but then neither is the Trinity); it is he claims "ambiguous and unhelpful” (p. 54).

There are three issues that common grace help address these are: “the continuing existence of the earth after the fall” (p. 54); an account for “the Christian’s life in society as well as in neighbourhood” (p. 55); and “the justification for the Christian’s use and enjoyment of the interventions and products of the wicked” (p. 55). However, for Engelsma, God’s providence rather than common grace accounts for these points. It is the confusion of common grace and providence that is the fundamental error of those who adhere to common grace.

Engelsma has highlighted a number of key issues that can arise out of a (misuse) of common grace doctrine. He highlights some consequences of common grace, these though are misuses of the doctrine. He is concerned that common grace may lead to worldliness. This is an important point that we need to be aware of. Common grace rightly understood and not misused does not negate the antithesis. It does not have to lead to universal saving grace – despite Engelsma’s protestations. Kuyper held to both common grace, particular grace and the antithesis without the contradictions and tensions Engelsma seems to imply would be there.

His replacement of providence with common grace doesn’t quite work. There is much overlap between providence and common grace; though at times the terms as used in Engelsma’s book can be exchanged without any change in meaning. I welcome Englesma’s book – even if I don’t agree with its main premises – it does provide a warning about what may arise out of the misuse of common grace. But as often been said the corrective to misuse is not disuse (or denial) but right use.

HT Gregory Baus
at 8:08 pm No comments: Links to this post


How should we read Proverbs? Unfortunately, this book doesn't help. It divorces Proverbs from its context, historically, culturally and canonically. It provides a model of how not to read Proverbs. Essentially it lists all the Proverbs under separate headings such as Abomination, Adultery, Adversity, Advocate, Anger, Answer, Anxiety, Age, Animal, Ant, Apple, Argue, Associations, Atonement, Authority - to list just the A categories. The proverbs are then sorted into these categories under good or bad sections. Such a cut and paste approach may appeal to some; but not to me. It makes Proverbs into a set of cookie promises.

Fortunately, I didn't have to spend money to get this book - I was provided with an electronic review copy. Don't waste your money buying this. If you want to know how to read Proverbs you'd be much better buying Craig Bartholomew's booklet Reading Proverbs with Integrity (Grove Books, 2001). Sadly, it is integrity that this book lacks.
at 8:04 pm No comments: Links to this post

CSL - Herman I heard of your problems with the Gestapo during the war.  I am so glad you knew Amsterdam better than those sniffing dogs.

HD - Oh, I also realized that since 1933 you were denouncing the Nazis in your Pilgrims’ Regress and then in the Screwtape Letters and in Mere Christianity you mentioned the Nazis several times and the Gestapo twice.

CSL – But I am not sure that if they had invaded I could find a safe place in Oxford - especially at the University.  Some professors would be glad to see me go somewhere.

HD – Sad times, indeed.  But it is good to know that in the religious centre of our existence we can transcend time.

CSL – Without forgetting that except in the present the eternal be can met.

HD – I heard of your Inklings group - - - does the pub where you meet serve good meals?

To be continued: on music
at 5:34 pm No comments: Links to this post

How to write a worship song


A Conversation Between C S Lewis and Herman Dooyeweerd 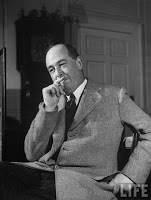 CSL - Good evening Herman.  Welcome to Magdalene College.  Feel yourself comfortable.  By the way, I just completed reading the first volume of your splendid and prolific NCoTT  and I very much liked your concept of “meaning as the mode of being of all that is created.”    It reminded me of a discussion I had with  Prof. Tillyard in which I said to him:  "Either there is significance in the whole process of things as well as in human activity, or there is no significance in human activity itself.... If the world is meaningless, then so are we; if we mean something, we do not mean alone." 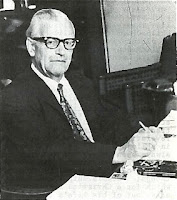 HD – Oh, yes Jack, that is great and reminds of a point you made in The Abolition of Man – that  “If nothing is self-evident, nothing can be proved – that there are some premises that can't be reached as conclusions.”   - - - I made that very clear in all my writings.  But we need to go further and affirm that “the direction of philosophical thought to the totality of meaning implies critical self-evaluation.”

HD – I would love some whisky, if I could.

CSL – Oh, yes - that will gives us the tonic we need for continuing our conversation.  [going to get the whisky] - - By the way, when I gave the Riddell Memorial Lectures at Durham University in 1943 I got a certificate for an honorary doctor – I wish they had presented me with a box of whisky.

To be continued
at 9:10 pm No comments: Links to this post