B J van der walt: Transformed by the Renewing of Your Mind 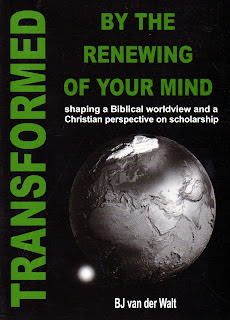 As the subtitle suggests this book examines two concepts: a Christian worldview and Christian scholarship, particularly that in higher education. The context is Africa, but the principles apply anywhere in the world. Bennie van der Walt is well equipped to tackle these subjects. Until his retirement in 1999 he lectured at the Potchesfstroom university in South Africa and was the founder and director of the Institute for Reformational Studies. He has also been highly involved with IAPCHE (International Association for the Promotion of Christian Higher Education). Several of the chapters in this book were originally lectures presented at IAPCHE events. 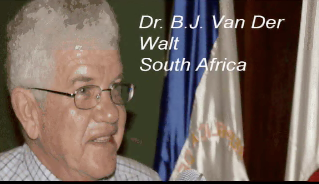 The six chapters are:

1. Why the salt has lost its quality
2. Culture, worldview and religion
3. Transformed by the renewing of your mind
4. Taking captive every thought to make it obedient to Christ
5. The pilgrim's progress of a Christian academic
6. Our past heritage, present opportunity and future challenge.
A brief overview
The main thesis of the book is that we urgently need a genuine, biblical worldview and this should be seen in Christian scholarship and education. The first chapter looks at one of the major obstacles in forming a biblical worldview: dualism. The second looks at the relationship between the key concepts of worldview, culture and religion and this is applied to the important, particularly in the African context of development. The subsequent chapters start to focus on the need for a Christian worldview in higher education. Chapter 3 looks at what it means to renew the mind in the cotext of higher education and in general and in Africa in particular. Chapter 4 looks at the challenegs post 2000. The theory of these chapters is then applied in the story of Thomas, an African Christian academic. His struggle to integrate his scholarship with his Christianity as he moved from being a Christian and then a scholar to become a Christian scholar are told. The final chapter is a look back and forward to the work of the IAPCHE.

I will look at these chapters in more detail in subsequent posts.

The book can be obtained directly from the author; details are here.
at 11:47 am